The Election and the Fate of Renewable Energy Tax Credits. 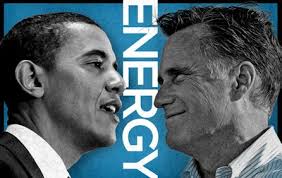 A recent article in the New York Times echoed the death knell of the wind power industry as the result of both the new glut of shale gas and the sunset of wind turbine tax credits on December 31st. Of late, 10,000 wind turbine jobs have evaporated in an industry that relies on those credits and the high cost of fossil fuels to remain competitive. Whether or not the renewal of this credit will ever be considered will surely depend upon the outcome of the election not only of the next President, but also in the House and Senate. Mr. Romney has said that one of the priorities of his administration will be to clear the way for the Keystone XL pipeline, shale hydrofracture exploration and eliminate tax burdens created by renewable energy tax credits.
If this is indeed the case, the future of both the solar and geothermal industries then is in the hands of the electorate. Of course, it would take a majority of the House and Senate to renew such tax credits, but without them, both the Solar and Geothermal industries will go the way of Wind. Right now, with the glut of cheap natural gas created by stockpiles from fracking, geothermal HVAC is a very hard sell against gas. Based upon ROI projections, payback periods in the northeast versus fuel oil can be any where in the 3 to 6 year range with the inclusion of a 30% Federal Tax Credit. Natural gas, however, has plummeted in cost per therm over the past 3 years and now can get extended out past 10 years, making it hard to compete against. Without the the Tax Credits, the growth of the geothermal industry would sputter. These tax credits expire in 2016, so the jury is out on what will happen to them, but certainly Solar and Geothermal cannot compete without incentives. The Romney energy plan focuses mainly on oil, gas, coal and nuclear energy, which together meet 91% of current US primary energy demand. Little has been said about Federal Tax Credits for consumer energy efficiency in Romney’s energy policy prospectus, although he has called upon the expiration of the wind tax credits. The Romney and GOP platform focuses almost entirely on exploiting America’s vast fossil-fuel resources. This 21 page white paper takes some in-depth reading, but does not specifically call for the end to all renewable energy tax credits.
Romney’s paper say only that his policy is to , “Ensure that policies for expanding energy development apply broadly to energy sources, from oil and gas exploration, to coal mining, to the siting of wind, solar, hydroelectric, and other renewable energy facilities”. In criticizing the current administration’s policy on renewables, the paper goes on to say that “President Obama’s poor understanding of the private sector has spilled directly into his energy policy, as he sought to have government play venture capitalist and spend billions of dollars subsidizing his chosen companies and technologies.”
But the most revealing statement that Romney has issued in his policy that may project the end of renewable subsidies is as follows:
“Instead of distorting the playing field, the government should be ensuring that it remains level. The same policies that will open access to land for oil, gas, and coal development can also open access for the construction of wind, solar, and hydropower facilities. Strengthening and streamlining regulations and permitting processes will benefit the development of both traditional and alternative energy sources, and encourage the use of a diverse range of fuels including natural gas in transportation. Instead of defining success as providing enough subsidies for an uncompetitive technology to survive in the market, success should be defined as eliminating any barriers that might prevent the best technologies from succeeding on their own.”
I asked, Geoffrey Styles, a noted energy industry consultant and strategist for his view on what a GOP victory would mean for the renewable tax credits:
“Repeal would be hard, but developers and manufacturers should certainly plan on the basis that 12/31/16 represents true sunset for the renewable investment tax credit.
Here’s one reason why:
Assume 5,000 MW of solar installed per year @$2/W by then. That’s $3B/yr in tax credits–roughly equal to the entire current oil & gas tax incentives–for an energy stream equivalent to about 30,000 bbl/day of oil, but less flexible.”
The New York Times summary of the two candidates views on Clean Energy:

Opposes renewal of production tax credit, worth about $1 billion a year to wind power producers.

Defends the $16 billion in loan guarantees for 26 clean energy projects as necessary given lack of private financing and competition from China.