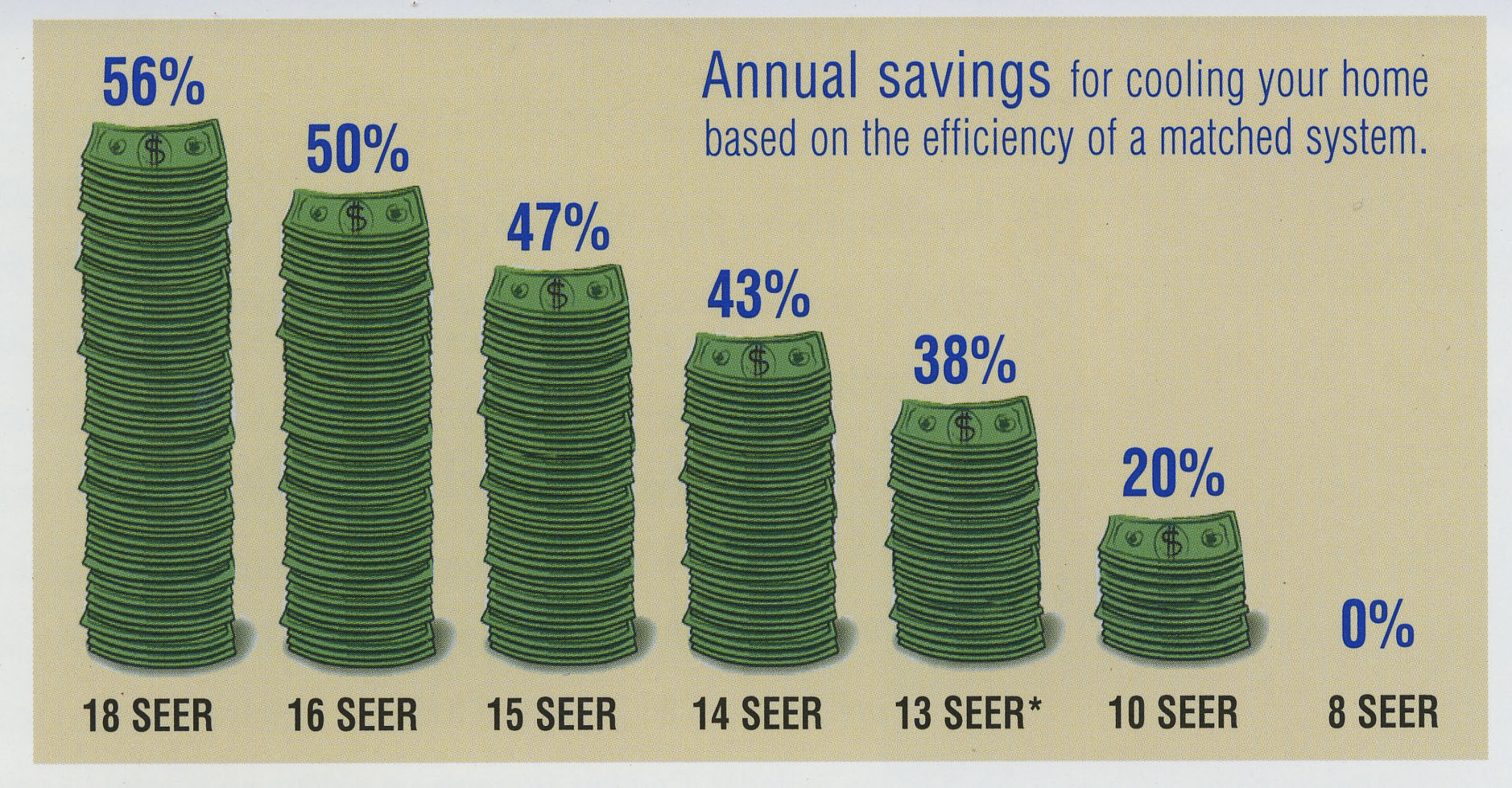 It will be close to 100 degrees in the New York area today. This is the type of weather that older HVAC systems fail in: right when you need them the most. Consumers often are faced with multiple choices when dealing with catastrophic equipment failure and it can be very confusing, especially when consulting several different contractors each with a myriad of options. Choices range from just replacing a failed compressor or fan motor to changing out one side of the system (condensing unit or air handler) to a complete system replacement. Manufacturers have made the decision even harder by reintroducing R22 refrigerant dry-shipped systems back to the market. Over the past few years, a consumer’s choice was just to which R410A system to fully upgrade. Now, sticking with an old R22 system is back on the table. For many consumers struggling in a down economy, this appears to be an attractive option. This is primarily because swapping out an R22 condensing unit or air handler (or compressor) has the lowest initial installed cost with the least amount of system down time. Hot weather combined with low discretionary savings put aside for emergencies often ends in a poor decision. With the soaring cost of R22 refrigerant, its impending removal from the market and the impact it presents to our environment, there is really only one good economic reason to consider the dry-charge swap out. The reasonable situation for such a decision is that you are low on funds and plan to move in the next year or two, leaving the system upgrade to the next homeowner.  However, home inspectors are getting much more HVAC savvy than they used to be and the chances that they will flag an old R22 system as a part of an inspection report are reasonably high.
We have always advised against sticking with an R22 system under any other conditions. Of course when discretionary income recedes so does our overall concern for the environment, so appealing to consumer’s economic IQ becomes much more important. The next decision one faces is whether or not to install a standard 13 SEER R410A system or push up to a higher SEER level for energy savings and utility rebate incentives. Consumers often ask a contractor how much they will save in energy cost between a 13 and 16 SEER system. When getting multiple replacement quotes, they will also get multiple answers to this question. The only real answer to the question is, “it depends”. It depends upon A) your local utility kWh rate, B) your personal usage (i.e., thermostat settings, setback, area of the country, hours of usage), C) future system maintenance and filter replacement and D) the quality of your existing duct design and airflow.
Most consumers want someone or something to help them make this decision because it is an important investment, hence the search for a good investment calculator that lays out the true economic difference between the two choices. Many manufacturers have SEER calculators that try to help consumers, but they are all too simplistic because they use default values for utility rates and individual usage. This can make the ultimate savings calculation unrealisticly high or low.  One of the most comprehensive SEER Savings Calculators is available free in spreadsheet format from the Energy Star web site (Click Here to download). This calculator allows you to use defaults by area or cities throughout the United States, but it also allows you to drop the true values of your local utility rates in the spreadsheet along with maintenance, operating and life cycle costs. It factors in the cost difference between systems (which should include utility incentives), including the effect of programmable thermostats, if chosen. Utilizing such a tool can help consumers to make an educated decision as opposed to an educated guess, as long as all of the correct data is plugged in.  “Garbage in, garbage out” as they say in the computer science field. Consumers should make sure that they verify the actual SEER rating of the condensing unit and coil combination by asking their contractor for the AHRI rating certificate or checking the performance rating in the AHRI Interactive Certification Directory.
As always, to keep up to date with what’s new in HVAC technology, visit our website at airideal.com and follow us on Twitter @airideal and at our Facebook page!